Dear Friend I work as an health occupational and safety consultant personnel service in Syria attached with the Russian army but i am not a combat soldier.There was three injured soldiers who was brought in to our military hospital camp by the Russian military rescue operational team controlling the entire country with two treasure boxes containing $10 Million and 10 kilos of Gold bars respectively suspected to belong to Syrian financial minister which the Russian soldiers intercepted from a militant group in a secret vault during military encounter operation. Unfortunately two out of this three injured soldiers died in my hand as they were undergoing medical treatment and the remaining survived one soldier was flew back to Kazan Russia after few days he was confirmed dead by our news corespondent agents.To prevent the Syria government and the militant groups to secure this treasure and use it to purchase more ammunition in fueling in the on going war crisis in Syria our health and safety consultant department unanimously agree to use my name as the leader of the group to deposit the treasure boxes to a security company here in Syria through the aid of my diplomatic immunity coverage bestowed on me by UN and NATO which empower us to declare the content of the treasure boxes as medical and personally belongs.Following the reason that UN and NATO has impose a war crime law against diplomatic soldiers and service personnel’s not to individually acquire funds,properties e,g precious minerals which are discovered in the war zone during military operation,i am looking for a trusted and reliable person who will work hand in hand with me to receive the boxes in his or her country. My good intention as the group leader is to use 30% of the total funds and the sells procedure made out of the gold bars to help orphanage homes and support the less privilege peoples mainly in the middle east.If you will stand as the recipient of the treasure boxes in your name i will offer you 20% for this vital role and assured you that there will be no risk or anything incriminating against your freedom and reputation with your involvement as a recipient of the treasure boxes because i am a diplomatic service personnel with diplomatic immunity bestowed on me by UN and NATO and the treasure boxes in quote is attached with diplomatic immunity coverage which will make the shipment process of the boxes run free and smooth without interference from any law enforcement agency for the purpose of scan or search at the port of entering or during clearance. The steps to be taken is as follows, you will forward to me a scan copy of your international passport or drivers license,your full residential address and phone number so that i will file an application for the onward shipment of the boxes to the UN shipment authority here in Syria in your name as the recipient of the boxes.The UN shipment authority will appoint a diplomatic shipper who will procure all legal documents for the onward shipment of the treasure boxes to your country e.g the airway bill,movement certificate,anti terrorist and drug free certificate and anti weapon free.As soon as the above mentioned documents are ready in your name i will facilitate my traveling arrangement here to join you in your country so that both of us can receive the treasure boxes together. Please it is very relevant that you have to keep all information concerning this treasure boxes and your involvement highly secret and confidential because of public exposure.Hoping in the favor of your positive response Best regards, Vladimir Vyacheslavovich Magomedovich
—————————————- 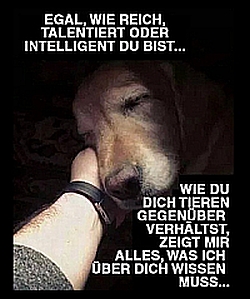